Until now, the race for autonomous driving was mainly about vehicles that can drive on public roads. But there also are alternative models that target other locations.

According to most studies, Waymo (Google’s subsidiary in the Alphabet Group) and General Motors are leading the competition for the introduction of autonomous driving. Both want to develop a driving service with robot taxis that targets vehicles that can drive on all roads.

However, this still requires some development work. The faster a car drives, the better the technology must be around it - this also applies to autonomous driving. Fatal accidents can occur at high speed, as the recent accidents involving Tesla and Uber have shown. Fast driving autonomous cars require efficient sensors that are able to “see” what is happening in the distance. This applies to all sensor types such as radar, camera or Lidar sensors.

Additionally, the data collected by the sensors has to be processed promptly in order to initiate the right actions at high speed in an emergency - not to mention the braking distance. This also implies a high computing capacity.

Why not go slower?

The problem is that powerful sensors and high computing capacities are very expensive and this is an obstacle to the technology. That’s why startup Perceptin follows another path, making it possible to significantly reduce the costs for an autonomous vehicle. Former Baidu employee Shaoshan Liu founded Perceptin in 2016 with the goal of creating a reliable vehicle that should not be used on public roads but in confined areas - i.e. on university campuses, on company grounds or in parks.

To this end, the company developed an electric car that can be produced for less than $5,000 in China. Hardware and software for autonomous driving doubles the price. Here the factor speed comes into play again. The slower the vehicle, the less computing capacity is needed. It does not use a Lidar system either, but inexpensive camera, radar and ultrasound technology.

The omission of Lidar sensors is compensated by camera technology that enables a 3D image via point clouds. This is certainly not suitable for high velocities, but is perfectly fine for vehicles not faster than 20 km/h. Its position is determined with an accuracy of 20 centimeters by GPS and an autometry sensor. The medium-range radar can only see 50 meters and the inexpensive ultrasonic sensor has a range of five meters.

Perceptin has already found its first customer - ZTE. The Chinese telecommunications company purchased five units, which will be used on its own premises. Overall, Perceptin hopes for sales figures in the six-figure range. 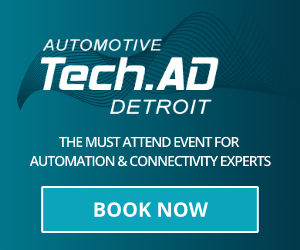